The Bridal Fashion Week in New York which took place between October 12 and 15 showed a wide variety of   designer visions. Unlike the last few years, Vera Wang’s bridal collection was entirely white. Other designers, however, went with very short dresses and oversized headpieces. Nevertheless, there were a few trends that were established by this year’s designer bridal collections. Here’s what to expect for the 2013 Fall fashion season.

Despite the fact that the Royal Wedding was in 2011, designers seem to have a hard time forgetting Kate Middleton’s wedding dress. Similar to the Duchess’ gown, wedding dresses next season will have lays of lace and long sleeves. Lace was the most popular fabric at this year’s bridal show in New York and longs sleeves were surprisingly… loose at times.

Oversized Headpieces
The lovely airy veils are now in the past! For bitter or for worse, designers have decided to replace them with huge and bold headpieces. Most of the headpieces have flower elements or are entirely flowered. There were a few veils here and there. However, their dramatic style was far from appropriate for a happy occasion like wedding.

Illusion Necklines
The headpiece disappointment was quickly forgotten when the runways were invaded by the so-called illusion neckline. With it the outfits look looser, however, they still manage to keep everything in place. So, brides, you won’t have any trouble partying in your pretty gowns.

Some Colour
This year many designers decided to stay away from the traditional white dress. However, they also avoided deep and dark colours like red. Instead they went with pale nuances like olive green, blush pink, café, and baby blue. Therefore, season 2013 will be moderately colourful.
So, if you are planning a wedding in 2013, make sure your gown has some colour, necklines, headpieces and that it also resembles Kate Middleton’s dress.

This year's Fall bridal market in New York City, which ran from Oct. 12 to 15, was full of surprises. From an all white collection at Vera Wang (after two white-free seasons!), to the ultra-short flapper-inspired dresses on the Reem Acra runway, to Venetian Carnevale masks at Ines DiSanto, we were enthralled. While we took in shows from the industry's top designers -- including Monique Lhuillier, Amsale and Claire Pettibone -- we noticed a few recurring themes. To help you prep for your Big Day shopping trips, we put together this list of the top six trends from the Fall 2013 runways. Posted by Unknown at 6:30 AM No comments: 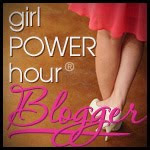